The Robots are Coming ... 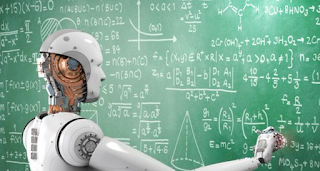 This article about the future of universities first appeared in Times Higher Education and can be found here. If you're doing a PhD there's a fair chance that you are thinking of working in a university. If so, read on ...


Bank tellers, hotel receptionists and assembly line workers might eventually be replaced by technology because their roles are structured and repetitive in nature. For academics there is the reassurance that teaching, grading assignments and undertaking research require the services of a living, breathing academic.  A permanent position is still just that, isn’t it?

In 2016, Ashok Goel of Georgia Institute for Technology introduced a new member of his teaching team called Jill Watson. Students loved Jill. She would answer questions quickly, politely and with the occasional jaunty “yep!”. She would occasionally say something odd but don’t we all? Since Goel didn’t initially tell his students that Jill was in fact an AI system he was forced to add a short delay to her responses. Otherwise her students might notice how much quicker she was at answering questions, even in the middle of the night.

Jill Watson’s status as a teaching assistant should sound a salutary note for those of us in higher education. There is widespread acceptance that human jobs will be lost to technology.  For understandable reasons we convince ourselves that the axe will fall elsewhere and will fall gradually. Perhaps this optimism bias flows from a tendency to focus on the nuance and subtlety of what we do and to disregard the monotonous regularity of many aspects of our work. Recently I met a board member from one of the world’s largest technology firms who confidently predicted that innovations such as AI would mean that higher education would be unrecognisable within a decade. S/he might be wrong, but as robots, and the underlying technology of artificial intelligence (AI), improve, academia seems ripe reinvention.  Just consider that by 2020, it is predicted that the numbers of students in higher education in China and India combined will have breached 60 million. A booming sector combined with the potential for technological disruption has left some UK university leaders feeling anxious, with the annual PA Consulting report on Vice-Chancellor sentiments suggesting that the sector could be facing a stormy period.

In terms of both the structure of our industry and the underpinning assumptions we make about models of delivery, such stormy conditions demand a rethink. Edward Peck recently argued that the UK needs to move beyond a familiar but outmoded hierarchy of universities to celebrate more fully the achievements of our teaching intensive, research active universities. Many of our post-92 universities have made significant strides in infrastructure, pedagogy and widening access, yet Peck notes that they still lack the cache of elite Russell Group universities.  A diverse sector comprising different mission groups pursuing different audiences might, of course, be an indicator that our HE ecosystem is in rude health. Yet collectively, the strategic plans of UK universities are focused on growth underpinned by significant financial commitments to new and shiny buildings which largely reinforce traditional ideas about lecture theatres and laboratories.

UK universities offer success stories in both importing and exporting. International student recruitment has been challenging given the policy context but significant numbers of applicants still want to study here.  Matching this inflow are growing numbers of transnational arrangements and overseas campus locations where UK universities are exporting to the world.  What we haven’t seen yet are global brand names setting up in earnest in our own back yard. There’s an awareness that this might happen and a recognition of the threat that more private provision might represent, but little concrete action to address this.   Maybe UK Vice-Chancellors are right to be a little worried but those outwith the sector see huge opportunities to deploy AI in ways which personalise learning economically and at scale.

On any given day, in subjects such as business, engineering and mathematics, there are probably hundreds of academics teaching roughly the same material to hundreds of roughly similar groups of students in lecture theatres around the globe. Universities aren’t well positioned to dominate the market for the learning materials being used because no university wants to adopt a competitor’s intellectual property.  Corporates however, might plausibly find ways to licence the Jill Watsons of the near term future. Several blue chip giants have both resources and insights (drawn from a sea of user data drawn from both staff and students) and would be well placed to offer lower cost, engaging, personal and efficient learning experiences.

There are both institutional and individual consequences of this line of thinking. Institutionally, universities need to consider their long term plans in the face of short term uncertainty.  New buildings and high quality academic staff are currently the mainstay of our answer to the question “why study with us?” Whether the new buildings and the wonderful staff remain as compelling when remote study, supported by AI / Bots offers similar knowledge at a tiny fraction of the cost is open to question. Indeed, it is a question that charitable bodies such as the Bill and Melinda Gates Foundation are asking. As individual academics then, we need to ask a more Machiavellian question. What can we do that AI cannot ?

When it comes to imparting knowledge, Jill Watson has already shown that AI is reasonably sophisticated in the role of teaching assistant.  Tutors may therefore attain endangered species status in all but the Oxbridge model of individual attention. In the lecture theatres however (whether real or virtual), academics need to focus on the things that AI cannot handle. There’s a reason that many stand-up comedians ask members of the audience “and what do you do for a living?” early in their show.  They’re not playing for time. Rather, they’re setting up the opportunity to improvise around some established material. Connecting pre-set gags to spontaneous observations about Joyce the plumber or Joe from accounts makes the room come alive. The ticket money seems worthwhile because you are watching a performance that is very much “in the moment”. The jeopardy of this crowd work and the concomitant risk of being heckled piques the audience’s interest. Skilled comedians then use callbacks to reincorporate earlier observations to produce an effect that is both cumulative and bespoke to this show, this evening and this place.  Perhaps the future for academics is to embrace the support that AI teaching assistants can offer us outwith the classroom whilst feverishly working to develop the performative aspects of our lecturing. Video capture and podcasting are all very well, but they aren’t live theatre.
Posted by Robert MacIntosh at 09:42